It would be easy to devote an entire blog to chronicling the absurdities and occasional successes of contemporary American surbuban development.  Whereas only 20 years ago, subdivisions generally held to a predictable form, today's developments have begun to vary in interesting and unpredictable ways.

A couple months ago, I ran a post on the "folly" of the rear alleyway in suburban developments, noting how the presence of an alley, in combination with an HOA prohibiting parking on front streets, makes the front streets functionally redundant.  Well, perhaps it was only a matter of time, but one developer in Franklin, Tennessee, has, I guess, noticed the same thing, and is building a subdivision without fronting streets, except where connectivity demands it: 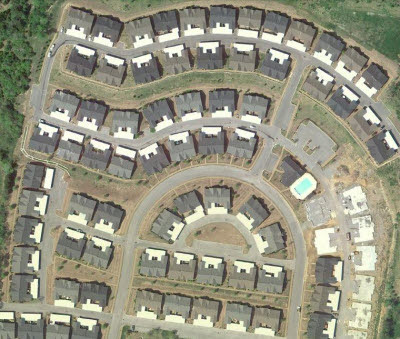 The right of way where the street would normally run has been left what appears to be a common park-like space with footpaths: 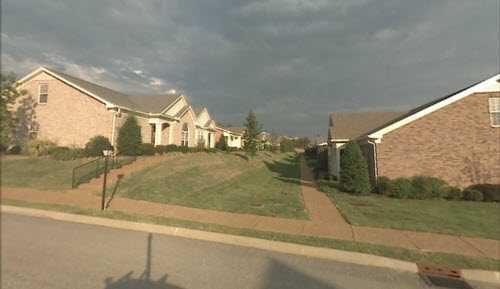 Since the architect is designing under the assumption that the green space is at the "front" of the houses, in the sense of the side of the house intended for presentation to the public, the side facing the alley receives commercial loading-dock aesthetics.  Note that although the alley is the only paved way abutting the houses, its width is only about 25 feet. 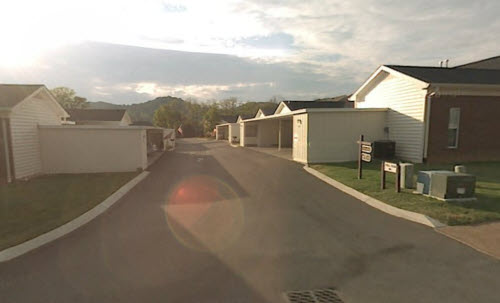 Despite the elimination of the fronting streets, this plan again makes virtually no provision for private outdoor space.  The only such space is a tiny patio wedged in between the shed garage and the rear of the house, barely visible in the aerial view.  In this respect, this plan is no better than the Orlando subdivision I looked at previously.

Overall, is this plan much of an improvement over the standard setup of garage-fronted streets and private backyards of most late 20th century suburbs?  It may be a slight improvement over the Orlando design, but while eliminating one of its drawbacks it retains most of the same limitations.  In the meantime, I'll keep looking.