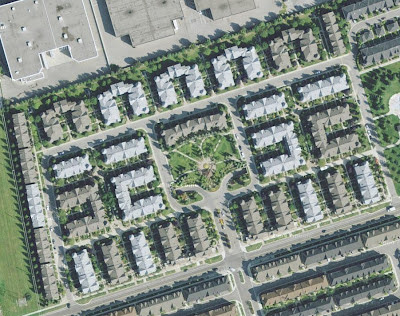 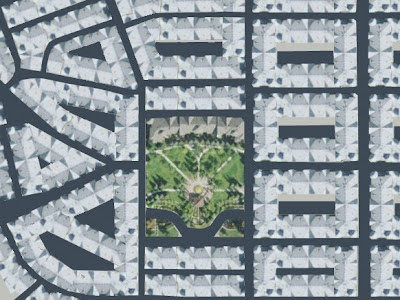 Would any attempt to integrate garage ramps into a dense urban environment fall victim to "overblown traffic engineering and design codes," as Marc mentions in the earlier comments?  It is difficult to imagine anything as modest and and sensitive as the Bastia and Mannheim examples being allowed in the United States, but this Canadian development shows at least that it can be an economically viable design approach.
Posted by Charlie Gardner at 2:34 PM